February 12, 2014 Being an Entrepreneur Comments Off on Confronting my Internet Bully 11 Views 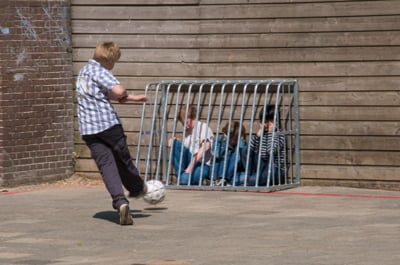 In the last couple of years, I’ve read several stories of bullies that start in school but do most of their stalking though the Internet and Social Networks. Several people have died, mostly as suicides as a consequence of this. This is a very serious and complex matter and cannot be treated lightly.

Bullies and bullying have been around for many years, even centuries and probably as long as the human race has existed, or at least, as long as we’ve been able to communicate with each other. When speaking of bullies people normally think of school but this transcends to many other aspects and places of everyday life.

I’m no stranger to being bullied, as in school I was a victim (although I hate this word) of this. However I was able to handle it fine and instead of being depressed by this situation, it made me a stronger and a better person. Sometime I might have even been a bully, something I do regret, but it wasn’t constant or a characteristic that you could define me with.

Many years ago I decided to change the way I lived my life and most of all, my personal philosophy. With this change, I decided that life was great and that it was worth living the best way I can. This made me realize that there are people with different ideas, traits and more that I may not share, but that I do respect (at least most of the time, as I’m in no way perfect).

For example, with Social Networks I decided I would not talk about Politics, Religion or Sports. I have my ideas about each of this aspect, but these are very controversial topics and everyone thinks they have the perfect opinion for each. So instead of creating a useless conversation, I decided I would respect others and save my opinions for myself.

It is common to see bullies and hate all over the world, which doesn’t help with this situation. For example, just hear 2 politics with different views argue, or even simpler, hear a sports commentator how he or she criticize players. Is very easy to criticize (I just did it), but it’s not that usual to focus on the positive aspects. With less hate, this could be accomplished.

In my work as a Blogger and a writer, I criticize companies but at an organizational level. I try lo leave persons alone, as they are just part of an organizations and this is just their job. I wanted to clarify this, as I believe this is a positive criticism for these organizations, on which they can become better. In fact a couple companies have thanked me for the criticism I’ve done to them.

In the five years I’ve been a blogger I’ve received my share of criticism, most of it constructive. In fact you might be able to spot this criticism in this blog and elsewhere in the Internet. I accept most of those comments, as they will make me a better person.

I have an account in YouTube where I upload all types of videos that I use for this and other blogs, as well as my consulting firm. Some videos are better than others; in fact some are not good at all. About 4 years ago I recorded my first conference when I became a consultant and a public speaker. As you might imagine, that day I was very nervous, scared plus the camera was quite basic, with an awful sound and lighting. However the message I wanted to transmit was good and the conference had some good comments, so I uploaded the video to YouTube.

A month ago, someone who I don’t know commented and this video, originally in Spanish, so I’m translating what he wrote:

“what a boring speaker, how can he present a conference about innovation being so little innovator in the way he transmits the message, videos with awful sound, I was sorry for him in several moments.”

Internet has brought us the option to comment on many things. However I think there are boundaries. I have no idea who is the person that made this comment, but he doesn’t have the right to destruct others however he wants. In fact, I’m actually sorry for this person, who goes all over the Internet criticizing. As I said before, I have no idea who is this person; he didn’t pay me to make this video, and just because he has an Internet connection doesn’t give him the right to say whatever he wants.

Before I wrote this article, I analyzed what to answer to this person. He might be right in many of his comments, but there is a right way to say things and there is a wrong way. I wanted to thank him for his very intelligent and insightful comment, but I didn’t wanted to descend to his level. In fact I could had include his name and the URL to the comment and video, but I decided that would place me at his level, and life is way to great to do that.

All my life I’ve had to deal with Bullies, so this is not new for me. In fact, his comment doesn’t mean a thing for me, but I decided to take his comment and create this article, nor for me, but for others that in the future will have to face bullies like him. I hope this article is found at some time or another by someone who has been bullied (remember, you’re not the victim) and sees that you must not be sad with yourself, but with the bully. It requires someone very small, uneducated, ignorant and sad, to try to step on what others are doing.

I was able to face this sad bully, as I’ve done many times in the past. I know words hurt, but they are just that: words. I invite you to confront your bullies and even ignore them. This is not easy, but it’s the only way to deal with this type of people.

Before I leave I want to thank my bully. Not only did you give me a topic to talk about, but also I’m sure many people will find aid in this writing. For you, my bully, I’m the one who feels sorry, but for you, not for me. I can just imagine the many problems you have in you life and how sad it must be, that to feel important you have to destroy people you don’t even know. So thanks!