Failure is not a “Failure”, is Growth

June 5, 2015 Being an Entrepreneur Comments Off on Failure is not a “Failure”, is Growth 12 Views 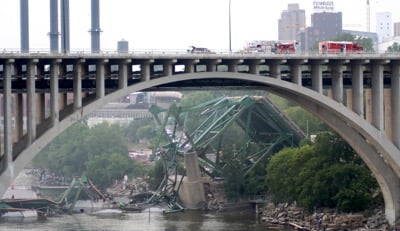 Most of us, at least those who have been raised by western schools of thought, have not been taught how to handle failure. Since we were very small kids, we were taught that failure is not normal and is something we have to avoid at any cost. But at the same time they don’t teach us what we require to be successful, which is contradictory and a paradox.

After many years of roaming this earth, of being an entrepreneur and of failing I came to realize that failure doesn’t have to be a bad thing. With this I’m not telling you that failure is a desirable thing, as I strongly believe that success is better than failure. However, when we fail, hit the floor hard and loose money, we will learn things that aren’t available in another way.

In my case I had a company many years ago that failed and went broke. I’m not getting into the details as I’ve talked plenty about this situation in previous articles of this Blog. What I want to share today is that from this experience I learn many things. After this apparently negative experience I had a big growth in both my personal and professional life. I made too many mistakes that lead me to the broke experience that today I see clearly and that have make me avoid them in other projects I’ve encountered.

It is rare in our education to hear about the positive aspects of failure. You won’t find in many books or classes how to fail, but the university of life will teach you this the hard way.

Many years ago I heard a phrase, whose origin I haven’t been able to identify, which means a lot to me: “the sooner you fail, the sooner you will succeed”. Again, the idea is not to fail like it happened to me. However if things don’t go the way we wanted, we will learn new and positive aspects from it. I recall another phrase that say “if we don’t fall-down, we will never learn to stand-up”. So if we don’t fail, we will never learn the greatness of success.

My invitation with this article is to stop being afraid of failure. Frequently we stop doing many things, because failure is a possibility. It’s true that failure can be the end result of anything, but the result can be a successful one. As entrepreneurs the road to failure will always be present and although we should not look for it, we must understand it as something normal. We must always look for success but if failure is the end result, learn from it and make from it the best of time.