July 2, 2014 Being an Entrepreneur Comments Off on Technologies for Entrepreneurs 11 – Mind Maps Software 9 Views 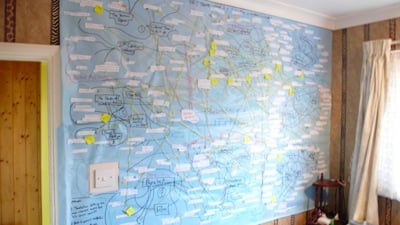 In the past weeks, I’ve been writing about different technologies that help entrepreneurs on their daily life. As a subcategory, I’ve talked about different software categories. Today I deal with Mind Maps software packages, which is a category relative few people use, but which has many benefits.

Everyone who has an idea, which is basically everyone on earth, has the potential of creating a great project, business and much more. However, this ideas have to be analyzed, studied and more. One of the tools we can use to accomplish this is a Mind Map. You can create a map of this sort, just using a piece of paper and a pen or a pencil and writing out your ideas. If you do it correctly, this is a very powerful process. However for tech savvy people and does who want to be more efficient, there is an alternative in software that does this.

As I said before, everyone on earth has the potential of creating the next great thing. However, we have to lower the level, from an idea to an action. One of the first steps I recommend in this process is using a mind map or any similar tool, to find strengths, weaknesses, complementary ideas and more. When you write the idea a powerful process begins and it is the first step to make the idea a reality.

There are several software packages for creating Mind Maps, some free, some quite expensive. I like FreeMind for several reasons. To start, it’s an open-source project, which means you can use it for free. Also, it is available for many platforms, including Windows and Mac OS. If you want give it a try, you have nothing to loose. If you want, you can search Google for other alternatives and also give them a try.

FreeMind is very easy to use and I know you’ll be running in no time. For some people, the software might not be that intuitive. However I’m sure that after a couple of minutes you’ll get the idea and start using it for everything.

Let me give you an example of how I’ve used this software in the past. About four years ago I started writing my first book entitled, Internet Strategies, currently only available in Spanish. I had many ideas about the content of the book, but I had to write it somewhere and organize it. So I used FreeMind and created a map mind for my book. I started writing ideas and soon had a large map. This might had been a problem, but it was the opposite. I was able to categorize my ideas and have an outline of 10 chapters of what I was going to write about.

In my daily life, I wish I used this software more frequently. However, when I do use it, I can organize in a better fashion my ideas. Also, and this is an added benefit, I can dig in deeper on those ideas and create even better concepts.

If you’ve never used this type of program, I invite you to give them a try. If you don’t like FreeMind, look for an alternative. Some might be quite expensive, but they’ll probably give you a free trial.