What is Green Entrepreneurship? 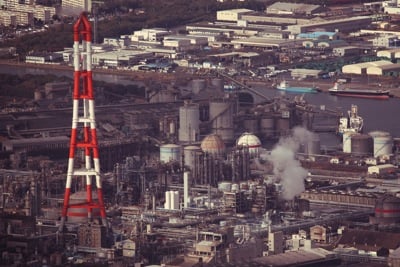 Green Entrepreneurship is one of those concepts that every manager, every top executive and every entrepreneur should know by heart and apply to their daily and business life. However, there are still too many companies and new business projects that miss the importance of this subject and relegate it to a secondary level or just forget to include it at all.

In the last 20, 30 years or more, the world has seen a big movement of people telling us about the importance of creating an environmental conscience, including movie and TV actors, musicians, politician figures and scientists, among others. This message has been transmitted to several of the actors involved in this problem, including what “common people” should do on their personal and business life. Other actors involved include companies and governments. Although some people still believe it to be a myth, companies worldwide are responsible to some degree of the environmental problems we’re facing today.

So Green Entrepreneurship is just about taking conscious action to address this problem, in this case actions of the day by day activities of companies. They can be as simple as creating a recycle and reuse policy in the company for materials such as paper, plastic and others. It can also be more advanced, as using new techniques that reduce emissions of gases on production or using cleaner energy from renewable sources.

There are several companies that have taken actions to become “greener” and friendlier to the environment. For instance the giant Google has set up a project to create their own energy via renewable sources, like wind and sunlight. They even have a site created to promote the green concept, which you can check over here.

Every year more and more people are conscious about this major problem we’re facing. Many governments have created laws to reduce these problems or at least reward the companies that are conscious and acting to resolve this problem and punishing in economic aspects those that are being an active part of the problem. Also many nonprofit organizations are telling people all over the world that they can help reduce the problem, by purchasing their services and goods from companies that have created policies that are friendly to the environment.

Green Entrepreneurship has a big obstacle and it’s that many companies associate it with a high costs. This vision is not entirely false; however there are two counter arguments that have to be analyzed. First, there are some steps that can be taken to reduce pollution and reduce costs at the same time, for instance recycling and reusing paper. In this case, a sheet of paper that was previously just used on one side now has to be used on both sides, something that will reduce in about 50% the consumption of paper. Also used paper can be sold to recyclers, who can pay for something that previously was just trash and had no economic value.

The second argument is that setting up green projects, for instance a solar energy panel power plant can be quite expensive. However if it’s properly set up, the energy costs in the long run (maybe 5 years or more) will show up as an investment with economic returns rather than an expenditure. Also, companies that make this investment should make a big deal out of it, via publicity, press releases and others. This will show up nice on their social responsibility report.

Costs are definitely an important factor to weigh in Green Entrepreneurship, however many times saying yes is more of a personal decision from the top executives. As I’ve already said, some changes are very simple to apply but they are not in place, just because no one has created the policy. You can even say this happens because of a lack of wanting, lack of political will. If just one of the directives said yes to Green ideas, it could be easily turning the company into the green direction.

So if you’re a top manager (or have direct access to them) or an entrepreneur setting up the next big project, remember to take into account this Green aspect. As always analyze costs, however see that small changes can be the start of a new business, that is a green business. Small changes are not difficult to implement and they can be the beginning of the road to greener solutions. At the end, it’s a personal decision, but is a decision that will benefit you, your family, your employees, consumers and why not, all your surroundings.

Share
Previous Why Become an Entrepreneur?
Next Defining your Business Partners