Acquiring Capital for your Business Project

July 22, 2011 Financial Resources Comments Off on Acquiring Capital for your Business Project 11 Views 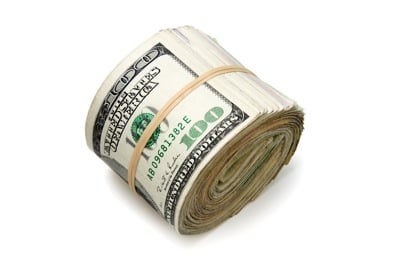 Every single business project requires some type of investment to make it to the market. In some cases, a couple bucks will be more than enough, for example for kids who build their first business, such as a lemonade stand. Also, creating a small website might also need a small money investment. However, most serious business projects require money, a lot of money. Unless you or a close relative has millions of dollars, it’s likely you’ll have to search for money, a task that’s not always easy.

Entrepreneurs by definition are dreamers. So many times, the entrepreneur’s greatest weapon is his dream and he or she has to use this to convince a third person to finance their project. There are several considerations to take into account and I will shed some light based on my personal experience. My journey for the search of money was tough but this is not always the case, usually there’s a big shinny light at the end of this tunnel.

As I’ve said in earlier post, I live in Bogotá, Colombia (South America). One of the aspects of a developing country such as Colombia is that Venture Capital Firms are scares. So about 8 years ago when I started searching for money to get my project up and running, options where very limited. However, today I realize I made a huge mistake, which I will detail in the following paragraphs.

Linked to this error, was one that is shared by many entrepreneurs: that someone can steal my idea. This can be true, however with time I’ve learned that there’s really nothing new below the sun. You can keep your business idea secret but someone, somewhere else, without knowing of your idea can create a similar project. At the end it is a gamble (if you’ve seen the movie The Social Network, you can’t argue against this point of view) but I believe it’s worth the gamble. So if I ever again have the opportunity, I won’t hesitate sharing my idea with Venture Capitalists. If there’s a way of signing a non-disclosure agreement, I’ll sign it. If not, I’ll go on and share my idea with them.

So the ideal way of receiving a financial aid is trough Venture Capitalists. If for any reason this is not available for you, there are other alternatives. The most logical is to get a loan from a Bank. I did this and it was very difficult and painful. However, once again this was in the Colombian context. Unfortunately most Colombian and generally speaking, Latin American banks are very conservative. For example, it is said that banks in the region only lend money to those who have money. In developed countries this is usually easier; however with the financial crisis of 2008, rules have tightened so it might also be difficult. If you believe this is the way of landing the cash you need, well then give it a try. The only warning I give you is that Business Plans and other tools used by Entrepreneurs are not so impressive for Banks, especially if you are young and don’t have a great deal of experience.

A third option to acquire capital for your business is through government programs. Most governments have programs to stimulate the economy and they might have money available for your business. This varies greatly from country to country, even from state to state. You’ll have to check what their programs are and if they have cash related ones. Sometimes the incentives are in reduction of taxes, which might be interesting but won’t give you a single dime in cash.

One option that can be easier to acquire is by asking for money from relatives and friends. There are several models you can use. For instance, they can become business partners and you will pay them once the business becomes successful. Another model is that they lend you the money as a personal loan and in a certain time you return it, plus interest. This can be a viable option, however if things don’t go the right way, personal and family relations can become a big problem.

There are several more options to acquire money for your business, but these are the most common ones. I emphasize that the best option is through Venture Capital and that you should try this option even if it seems impossible. Once you decide Venture Capital is not a viable option, try the other ones. This is only my recommendation, all I can say is best of luck and hope your business is successful.

Share
Previous When is the Best Time to Become an Entrepreneur?
Next Introduction to Social Entrepreneurship

Selling a Business Idea to an Investor III – Follow-up

Selling a Business Idea to an Investor I – Preparing Yourself 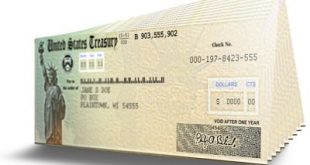 How much money should you ask your investors for?