Advantages and Disadvantages of being the first to enter a Market

May 15, 2015 Being an Entrepreneur Comments Off on Advantages and Disadvantages of being the first to enter a Market 337 Views 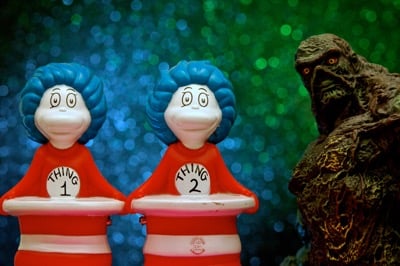 One of the biggest dilemmas both entrepreneurs and innovators face, is to be the first ones to enter a new market. In fact, it’s quite common to see entrepreneurs guard their business idea as the best-kept secret in the world as they fear someone will copy their idea and make it first to the market. Besides this previous argument, there are elements for and against to being the first business to enter a market.

With my experience, I’ve come to the conclusion that is quite difficult to produce an idea that is 100% new. Most ventures bring new values, but based on ideas that previously existed. This concept is aligned to the Blue Ocean Strategy theory, where it can be seen that most companies can create new market landscapes by providing additional values, not creating new complete ideas. I write this article from this perspective, where most ideas are based on previous concepts, although this will also work for those “rare” 100% new ideas.

In the following sections I will analyze both the advantages and disadvantages of being the first ones to enter a new market. I think both scenarios are viable and in both you can establish your business.

Advantages of being the first to enter a Market

Most entrepreneurs, if not all, have in their minds the idea of being the first company to enter the market. As I mentioned earlier, it’s quite common that entrepreneurs guard their business idea and don’t share it with the world. It can be argued that many business ideas have been “stolen” by others, but I see this as more of a myth than a reality.

Being the first company to enter a new market has several advantages. The first one is that our market will be quite big and everything is waiting to be explored. If our idea gains traction, at least at an initial phase we will be the only ones offering this product or service. In other words, at the beginning our idea will be part of a monopoly or something close to it.

When we are the first ones, no one can take this tittle away from us. In the future, when we have to compete with other companies, we can tell the world that we were the first ones, the original ones. In an ad campaign, these words can be quite powerful.

By having a monopoly, we have the upper control on the relationship with our clients. If we’re their only choice and there is a high entry barrier, we can set prices, conditions and more. This will probably hold true until a competitor arrives or until we have to face some type of regulatory entity.

Finally, when we are the first in the market we have the advantage of time, which can be in months, hopefully years. This head start will give us the advantage of knowing the industry and our clients, their needs, how they buy and more. The competition will have to learn all this, which will take them time and money.

Disadvantages of being the first to enter a Market

The first one to enter the market surely made many mistakes. Those that follow will also make mistakes, but they can learn from the first one and avoid the mistakes he made. Going a bit further, we can create our business model and products to take advantage of the mistakes and shortcomings the first one had.

Lets see a couple of examples when those that came later had a more successful path. The first example comes with Apple and its iPod music player. Before the iPod there where several MP3 players which had many flaws, including usability issues and difficulties when synching the device with the computers. Apple recognized these problems and decided to correct them. They came later, but whith a better solution that is what people wanted to use.

The second example if the Internet collective shopping site Groupon. About 10 years before Groupon was created, several projects that had a similar idea were created. All failed for different reasons, including being ahead of their time. Groupon cashed in on the mistakes of its predecessors and built a very successful platform.

As you can see, being the first into the market can be positive, but many times it’s the opposite. Those that come after can learn from the mistakes of their counterparts and take all the benefits.