June 26, 2015 Being an Entrepreneur Comments Off on Consider it done! 6 Views 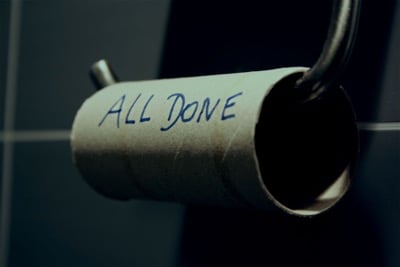 In the last few weeks I’ve written several articles at An Entrepreneur Blog that deal with positivity, personal growth a better life and more. I write about these topics because most of my life I’ve been a positive person, that as everyone else has faced many problems and that has learned that anything is possible. A couple years ago I started writing on a regular basis about this topic in the Spanish Blog Excelente y Mejorando and occasionally I write about the same topics at An Entrepreneur Blog, which is consulted by many entrepreneurs.

One thing I learned the hard way and after several failures is that as human we have the power to ask and receive anything we want. Some years ago I saw a movie through Netflix called 3 Magic Words that talks about this. To sum up, the movie tells us the 3 magic words are I Am God. I won’t enter into the debate if we’re really God, but the argument is that when we were told we where made to the image and likeness of God, this wasn’t at a physical level. In fact, with this it is said that we have the power of creating as God does. I’m sure about this power we have and that there isn’t a thing we can dream that can’t become a reality.

As humans all the time we see limits and barriers. We don’t realize that our dreams can become a reality, starting by the success of our business to finding that venture capitalist willing to invest on our project. The “problem” is that we bring these obstacles and throw away all our dreams.

I’m bringing an example I’ve used several times on this Blog, which perfectly illustrates my point. On my first major entrepreneurship almost 10 years ago, I wanted to accomplish big things. However, I had a Plan B just in case things didn’t go my way. With this plan, my idea was to close my company and get a job. This plan B became my plan A and I ended up working for someone else. Consciously I wanted to pursue my dreams, but at some level my plan B had a big priority. That’s why today with my current entrepreneurship I only have the one plan, my dream and I’m accomplishing it.

Entrepreneurs have many dreams all the time but we also face obstacles that are both real and imaginary. For example, at some point we will probably face someone who says our idea will fail or that it already exists. If we listen to this person, we will be in trouble. So we have to learn how to trust our ideas, listen to constructive commentaries and at all cost, follow our dreams.

When you have a dream, since the start, consider it done and accomplished. Our creation power is infinite and nothing is impossible. Some objectives will require months or even years becoming a reality, but they will be true someday. When you ask for something, say thanks in advance. Always follow your gut, act and seize opportunities as all this will sum up for that thing you’re looking for. And when you make it, share your experience with all our readers in the commentary section.