Green policies for a better tomorrow

March 12, 2014 Being an Entrepreneur Comments Off on Green policies for a better tomorrow 5 Views 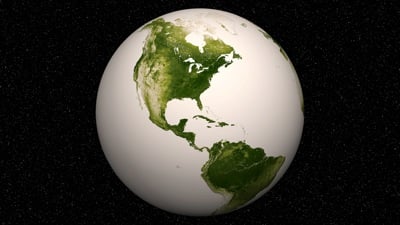 For many years I’ve thought and believed that being an entrepreneur requires much more than the creation of a project, a company and making money. As entrepreneurs we are at a unique privileged position, where we can make positive changes, not only in our lives, but also for the benefits of society. For example, an entrepreneur can easily create in his or her company green policies, where with small changes, many things can be accomplished.

Everyday more and more people are interested in the future of the world, and one of the changes is to become green in our companies. Many companies, some of them large enterprises, have done changes in the last decades, but mainly due to pressure for their not so friendly policies. In other words, the have reacted to a negative situation instead of being proactive. But ourselves, as entrepreneurs who are about to start a project, are beginning a project or have a small business, we can make this changes quite easy.

There are so many things we can do to help our planet and its survival. For example, a very simple change that can be done is to become a paperless organization. We can save money by using only digital documents and digitalizing incoming physical communications. Many people think becoming green costs money, which is not always the case, as in becoming paperless. You might require some type of software to organize and backup your documents, but it will be a small fee compared to the savings of not buying paper, printer and other supplies.

I can’t say my company is green, but we have a few simple ideas to be greener and save money. One is to use paper on both sides. This is such a simple idea, but so many companies reject this for many reasons. As I said before, this doesn’t require big changes, instead start with simple steps like the previous idea. Another idea is to be as “digital” as possible, which requires having backup systems, but here we only print what we actually need.

There are other things we can do, which won’t cost us much. For instance, when making your presentation cards, envelopes and more, use recycle paper. For the cafeteria, instead of using plastic, also use recycled paper. An reuse and recycle as much as you can.

Again, as entrepreneurs we can start with the simple economic things. Everything will work and with time and a larger budget we can invest in other things. The point is to start with the mentality of green policies. Plus, we can publicize these policies to show our clients that we care about the world.

Finally I want to repeat what I said at the beginning. Entrepreneurs are privileged and we have a unique position to change the world. We can choose to ignore this, but I believe that will be a mistake. We can start something real small and it won’t cost us that much.