Opportunities and Challenges for Digital Entrepreneurs

January 25, 2013 Being an Entrepreneur Comments Off on Opportunities and Challenges for Digital Entrepreneurs 10 Views 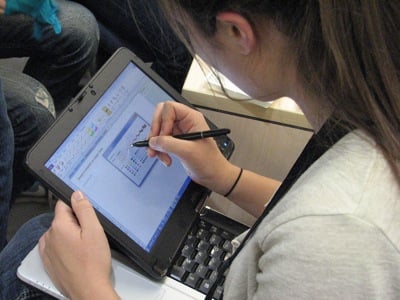 With the rise of Internet popularity, Social Networks and Technology in general, each day we see more and more Digital Entrepreneurs. I am an example of this type of entrepreneur, although since I’ve also created brick-and-mortar businesses I might also be considered a “traditional” entrepreneur (however this physical entrepreneurship was Internet related). There are two types of digital entrepreneurs, Pure-Players that are 100% digital and the ones that mix digital with physical presence, such as myself.

Currently it’s great to be a digital entrepreneur, as there are many opportunities out there and ideas that haven’t been capitalized. This was not the case several decades ago, where it was hard to show that a digital business could be successful. Generally speaking, today this is much easier and people are much more open to work on these type of ideas.

Precisely here is one of the problems with digital entrepreneurs. As with any other entrepreneur, at any given time he or she might require an investment, partners and help from other people. If the product doesn’t exist, it’s just an idea; a description or proof of concept of the idea has to be shown. Many people will probably reject the idea, because they don’t understand the concept or description, or because they don’t see how people would buy the product. This is a challenge faced by all types of entrepreneurs and if it happens to you, don’t give up (please, never give up). My recommendation is to analyze afterwards the criticism and see how can you overcome these arguments. Maybe one of those critics had a valid point and his ideas are saving you problems along the way.

One of the most serious problems faced by today’s digital entrepreneurs is that everyone wants a piece of the digital landscape. This is not bad per se, however many simplistic ideas appear with no business model and that at some point will fail (just look back at the .com bubble of 2001). If you believe you have a good idea with a structured business model your objective is to overcome this and set yourself apart from this huge crowd.

Out “in the wild” are many digital related ideas still to be developed. Maybe you’ll be responsible of the next big thing, the next Facebook, Google, Apple or Amazon. Fight for your idea, build the best possible team and know that you will succeed. Many (millions) people have done it in the past, so why wouldn’t you?