July 30, 2014 Being an Entrepreneur Comments Off on Technologies for Entrepreneurs 15 – Virtual Phone and PBX 10 Views 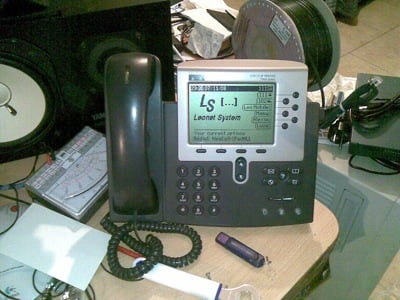 We’re coming to the end of this long series, about technologies for entrepreneurs. I’ve tried to cover many different technologies that can help the entrepreneur on his or her daily life. Today I include a technology that’s quite old on it’s main variant, but one that has had many innovations throughout the years. I’m talking about telephones and their use in businesses through PBXs.

Telephones have been around for over a century and they are one of the most used technologies. Although they’ve been replaced in part by cellphones and messaging applications, they still play a main role for many companies all over the world. In recent years a new virtual variant has appeared, which is what I want to talk in this article.

A local business number is an excellent tool for making new clients, selling and providing customer support. If you have a business, besides your cellphone and email, a local phone can help greatly. However, one of the downsides of a traditional phone number is that it is fixed and won’t go with you wherever you go. At least, that is how it used to be.

With a virtual phone number or a modern PBX, your local phone number can follow you almost anywhere. Let’s start with the PBX. Many modern PBX systems have two different options that allow you to answer your phone in almost every place in the world. In the first option, the PBX can make a new call and transfer the incoming call to another phone. For example if you don’t answer your extension after an amount of seconds, the PBX will try to forward your call to your cellphone.

The other alternative, which is more advance, is to add a second or third extension to your line, this time with your computer or smartphone. This is an application that serves as a telephone and works pretty much the same way as the phone on your office. As you can imagine, this software requires an Internet connection in order to work.

The previous alternatives are great, but have a major drawback: their price. These solutions are usually quite expensive, which is a limit for new entrepreneurs and small companies. However, there is an inexpensive solution that works with virtual PBX as well as virtual phone numbers.

Let me explain my case, to illustrate how this works. I have a local phone number with a company called SendMyCall. They offer many local numbers across the world and in many cities, for a small monthly fee. They offer a virtual PBX, which is included in the price. I can add custom messages, extensions and more. Once the caller tries to reach me, I send it to Callcentric, which then routes my call to an IP Phone Adapter, which cost me around US $40.00. When the call is placed my phone rings and this call is free for me.

In Callcentric I can create many rules. For instance, if I don’t answer my phone after several seconds, it tries to reach me on my cellphone; if I answer the phone, Callcentric bills me, but this is quite cheap. Plus, if for example I’m on a trip abroad and have a local cell number, I change temporally the forwarding service to this number, avoiding international roaming fees.

Another benefit of Callcentric is that it can be configured to obey certain rules. For examples, at certain hours where I don’t want to be disturb, I send the caller to voicemail. Also, when I’ve identified telemarketers, I place their number ID as Spam and send them to an error message.

As you can see, a virtual phone and PBX have many benefits. I’m paying less than US $15.00 per month, including cellphone charges and have a great quality call service. Try it for yourself and see what you can do with these solutions.