Technologies for Entrepreneurs 2 – Computers and Laptops

April 28, 2014 Being an Entrepreneur Comments Off on Technologies for Entrepreneurs 2 – Computers and Laptops 13 Views 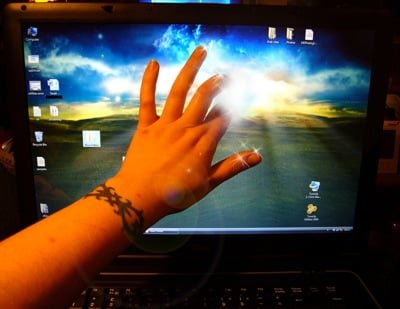 In the first article of this series, I talked about how technology in general helps Entrepreneurs with their daily life and the creation and commercialization of products and goods. Technologies are a big part of our life and many times we don’t realize this. For example, with today’s topic, which is Computers and Laptops, we rarely analyze how important they are, as they are so normal in our daily life.

I wanted to write this second article, to highlight the importance of computers for entrepreneurs, even when we don’t realize it. Computers have been part of the life of entrepreneurs and companies for many decades. Initially when they started, they were these huge boxes that took up full rooms and in the late 1970s and early 1980s, they became smaller and started to be sold to individuals and households, among others.

As entrepreneurs, computers, both desktops and laptops, are part of our life. We rarely stop to analyze what it would mean if they were not available. Also, many entrepreneurs have created a name and money because of them. Just think of the history of Bill Gates, Steve Jobs and Michael Dell, among many others. Without computers we wouldn’t have Internet, email, digital television and more.

I wanted to share this insight with my readers, for 2 main reasons. The first one is that we should appreciate the existence of computers. If they were not part of our life, being an entrepreneur will surely be different. Also, we have an excellent tool at our disposal that is highly underused. For example, most people just use their computer to browse the web, read emails and write letters. The fact is that a computer can do a lot more and as entrepreneurs, we are blessed with all the activities it can perform.

People how create software, such as programmers understand the capabilities of the computers and related technologies. However, most of us use computers for some small and very specific tasks. I want to invite all entrepreneurs to research the many things that can be performed with a computer, some we didn’t even imagine. It is up to you how much you take advantage of the computer and the possibilities are endless.