June 4, 2014 Being an Entrepreneur Comments Off on Technologies for Entrepreneurs 7 – Software for Taking Notes 9 Views 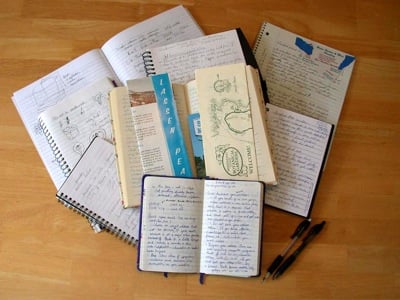 For this seventh installment about technologies for entrepreneurs, I’m going to deal with a software category that is very important for me. A few years back I might have not considered this category at all, but today it is a fundamental part of my daily life and I want to share this with my readers.

For many years, from school to university and my work, I used to have several notebooks that I use to take notes. In my work, I used the notebook to take notes on the comments made by my clients and maybe to write an important idea I heard on a conference. However with time I saw that this was not the best idea, as I was using all the time my computer, iPad and Smart Phone for other business related applications.

For example, I realized that my agenda and contacts where synchronized through the Internet and the Cloud, which meant that at any given time I had the same information in my PC, iPad and phone. I wondered if I could do something like this with my notes, which should be present at any time.

Initially I started using OneNote by Microsoft, which was an application I really had. However, it had some drawbacks. To start it was only available for PC and I was starting to use a Mac. Second, at that time it didn’t had sync services, so I could only access it from my PC. And as you can imagine, there were no apps for mobile devices; nowadays Microsoft has fixed some of this issues, but still, OneNote doesn’t work for my needs.

I did some research for apps that did what I wanted and I found Evernote. I’ve been using this software on a daily basis and I just love it. You must note that Evernote is free but has a paid add-on with additional features. Through all this time, I’ve used the free version, which has been great for me.

Today I use Evernote for many things. To start, I use it to take all type of notes, which are arranged by categories and tags. For example, I take notes when I meet clients, go to conferences and more. Recently I had a radio interview, and I use this app to write down some important facts and figure I wanted to share with the audience. I also use it as my Todo list.

However the best part of Evernote, is that it automatically syncs with other devices. There is a copy of all of my latest files on Evernote’s servers, which I can also access from any computer using their web interface. So I always have the latest information in my Mac, iPad and Phones.

Additionaly, this program doesn’t require Internet to work. I’ve been in places where there is no Internet service, and I can still use Evernote. When my device acquires an Internet connection, the program syncs.

When I was analyzing applications for taking notes, I found an intelligent pen. This pen records what you write and even the conversation you are having. Then you can sync this information with your computer. The software even allows to sync with Evernote and other apps. However I realized I preferred to type than to write, so I discarded this idea, but it might not be your case.

Besides Evernote, there are other alternatives. I invite you to do some research and see how these types of apps can increase your productivity and help you in your work.