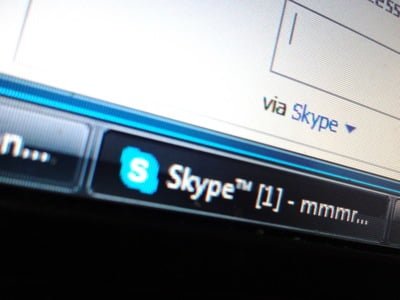 In this series of articles, the main subject has been new business models, which have been developed in the Internet era. Thereby I have presented in the first two posts a model that offers products and services to different niches (called Long Tail) and an other model that has a value proposition based in its capacity to link different segments (named Multi-sided platforms). The model I will present in this article is interesting because it regards offering free services to users.

The model I am referring is called “Free”. The idea of this model is that al least one of the segments of clients can continuously benefit from a service he doesn’t have to pay. But this is a business that must be profitable so it must generate revenues from some place. This is why the model needs another segment that finances the segment that access to the free service.

In Internet we can see many examples of this model. However in this post I will only mention a few. In the first place I will talk about another giant: Facebook. In its business model, the global audience benefits with a free social network. To make this possible, the advertisers’ segment is the one to pay the bill by purchasing advertising space in a high traffic social network. Although experts say that users respond less to this kind of publicity that to the traditional one in the Internet this is still an important revenue source for Facebook.

Other example I wanted to mention is the one of newspaper websites along the world. Before Internet newspapers and magazines depended on three income sources: subscription, newsstand sales and advertising. With Internet the first two have been decreasing in a fast way because it is very easy to find information for free in webpages. Therefor as in the example of Facebook, the advertisers are the ones to pay for the bill of the content that readers are consuming.

The last example I will mention is Skype. This service works with a model that arises from the free model, which is called “Freemium” (Free + Premium). With Skype registered users can call other worldwide users without having to pay. However if they want to make cheap calls to telephones they must pay for this calls through a service they offer called Skypeout. Thereby is with this service that revenues are produced. Even though 90% of users use Skype only for the free calls and only 10% use Skypeout, the last ones are the ones that generate income for the company.

Share
Previous How to create a winning business idea?
Next In what should I spend my sand grains?

Some centuries ago, when people wanted to start a business, they just had to have …