Ways to be known and visible 3 – Writing for Traditional Media

September 18, 2015 Being an Entrepreneur Comments Off on Ways to be known and visible 3 – Writing for Traditional Media 19 Views 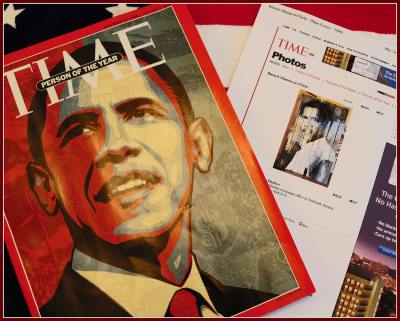 In the last few weeks I’ve written several articles, where I talk about the benefits of being well-known, including entrepreneurs and everyone else. I’ve also started to write a series, devoted to different strategies and tactics that can aid us in finding the way to becoming and authority in the topics we are expert in. Last week I introduced the strategy of writing, initially focused towards Blogs. For today’s entry I will deal with writing, but this time for the so-called “traditional media”, such as newspapers and magazines.

In my personal experience, writing for different media outlets has many benefits. As I mentioned in the previous post, Blogs are an excellent way to be known and probably the easiest way to start writing. A second step will be to write for a Blog of a third party or in a traditional media outlet. However this second step is not always easy, as this media are usually jealous and very picky on who they choose to be on their websites and pages.

Currently I write for several media, both printed and online and to accomplish this, I performed a pretty simple strategy. Actually this strategy was kind of an accident, because it wasn’t part of my plan. About 8 years ago I was contacted by a magazine that wanted me to write some articles. I did this for about a year but I stopped. A couple years later I wanted to write again, so I created my own Blog, the Spanish version of An Entrepreneur Blog. Here I started writing frequently and I was able to practice my writing skills and style. This work payed off, as it allowed me to later write for other Blogs, newspapers and magazines. Some of this pay me to write, others don’t, but it’s an excellent way to be known.

If you know someone in one of this blogs or traditional media that is relevant to the work you perform I invite you to contact that person. Use your network as much as you can to accomplish your results. If you don’t have such a contact, use other resources like LinkedIn to find the people that can hear you out. For these two cases, having a Blog will help you a great deal in landing a spot to write, as you will have something to show.

This strategy of writing will give results in the long run. For instance, I write for a newspaper called La República and I’ve been doing this for 5 years. Earlier this years I signed my first big client due to this newspaper and my column. Actually the idea is not to close business anywhere soon, but rather to position yourself as an expert in a slow and calmed fashion.

In my next article I will write about the last strategy related to writing, this time in the form of a book. Don’t miss it!