Why should entrepreneurs be noticeable and visible?

August 28, 2015 Being an Entrepreneur Comments Off on Why should entrepreneurs be noticeable and visible? 8 Views 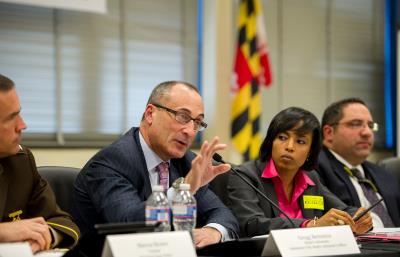 A couple days ago I was watching the first and second season of HBO’s Silicon Valley series (which I highly recommend for every entrepreneur). Besides the excellent humor, I was caught by the way the project team is conformed. To start they have a strong leader (the “alpha male”), who’s good at talking, making contacts and more. On the other side there is a weak leader who’s shy, awkward and has problem talking with other people. The team has other members, most of them with high technical skills and poor social abilities.

The representation of Silicon Valley made me realize how many entrepreneurships have entrepreneurs that should be stars, but usually aren’t and pass without being noticed. Every entrepreneur will try to sell and promote their product, both in the market and to the investor, but he is usually hidden.

Many years ago I heard from a risk investor that he invests in teams not in products or services. His logic is quite straightforward in the sense that the best possible product can fail in the market if the team behind it lacks knowledge and skills. I agree with this idea, as it is the entrepreneur who shapes the product and its market strategy, to make it a success or a flop.

In my 18 plus years as an entrepreneur, I’ve understood that entrepreneurs have to shine and be visible. It is true that most entrepreneur teams have a visible and strong leader, such as the one portrayed in Silicon Valley series, but the team behind him or her should also be in the spotlight. In the future, the brand or company will be the one in the spotlight, but in the beginning the team will be responsible for this.

In my current entrepreneurship as a consultant, which is a special case, as I don’t have to design a product or need investors, being known has been of great aid. In the last 5 years, I’ve dedicated part of my life to write articles in several topics for traditional media, Blogs, as well as publishing a book, giving speeches and teaching classes. All this efforts have made me known and identified as an expert and an authority on certain subjects. Clients search for me because they want me to share my knowledge.

I believe entrepreneurs can follow a similar strategy, so people know about them, which makes it easier to access risk capital and have other benefits. Every day there are more entrepreneurs looking (and fighting) for the same venture capital and that’s why being known will definitely open doors. My strategy has taken several years but it’s paid off and I’m sure the same thing will happen to you.

I invite you to analyze the different options available and select the one that works best for you. Someone with a recognizable name will have greater odds of talking with investors that someone who is widely unknown. And this is not limit to entrepreneurs who have worked for decades as CEOs of large companies. Anyone can do it and thanks to the Internet the barriers to accomplish this are out there; they will take time and you must be constant, but you’ll be able to achieve your goals.

Share
Previous Excellent communication, important for our work
Next Internet today because tomorrow can be late