Ways to be known and visible 9 – Doing Networking

November 20, 2015 Being an Entrepreneur Comments Off on Ways to be known and visible 9 – Doing Networking 14 Views 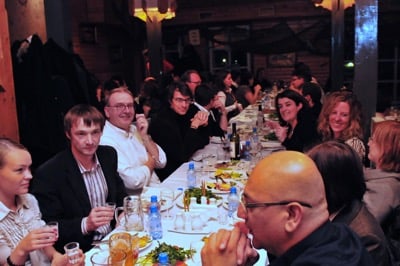 For this ninth installment of the current series of articles, where the idea is to be known and visible, I’m going to talk about a strategy that really works and it is doing some Networking. I really like this strategy, however there is a particular angle which I don’t feel comfortable with, but I’ll tell you later about it.

The idea behind Networking is quite simple and straightforward, and it’s to make use of our network of contacts to accomplish something. For instance, many years ago I wanted to write a column for an important newspaper and someone I knew worked in that media outlet. I asked her and she introduced me to the editor, who welcome me and I’ve been writing since. If I didn’t have this contact it would had been much more difficult or even impossible to get them to publish my writings.

Through a good and strategic use of your networks you can accomplish anything, as long as this people are in the right places and are willing to help you, as this sometimes won’t happen. Also I’ve kown people who say they have all the contacts in the world and when you ask them for help, they are unable to do this. I want to warn you about this people, because they might have the best intentions in the world, but they talk more that what they can really accomplish, so they definitely won’t be our allies.

If you for some reason don’t have the best networks in the world or want to create new ones, there are many ways to accomplish this. In my case a simple step was becoming part of a business association, where quickly I was positioned as an expert and was highly visible. I made many contacts and friends who have helped me in different cases.

Another alternative is to visit cocktails, social events and even the so-called Networking events. In this events you can meet many different people, even be acquainted with that person that you were looking for. For me, these types of events are the worst, as I’m awful at talking with people I don’t know previously. If someone introduces me to another person, I’m a great speaker, but if I have to approach someone and start talking and selling my ideas, I won’t make it alive. However, this is me, because I’ve seen people who can easily introduce themselves and in a simple and natural way are getting this person’s information and selling their products.

This are just a few of my recommendations for taking advantage of your networks of contacts. Networking will always be of great aid and the best thing is that we never know when we will be using them. This is why it’s vital to have your networks built and use them at the time and place where they are needed.

Share
Previous When should I become independent?
Next Pros and cons about entrepreneurship