September 22, 2014 Lessons Comments Off on Mixing personal and professional life, a new characteristic of the XXI century employee 9 Views

Many habits of employees have changed on the last years. Before a worker that was hired in a company could work in that same place over years even until he retired. In the case in which his first work was not the last one, he will try to remain there for many years because it was a good idea to show he was “stable” in his professional life. Today it is rare to find this type of employees because they don’t settle and they seek for better opportunities and life conditions. This is the reason why we should try to offer them the best working standards so that they stay a long time in our companies taking into account that selection and training costs are high.

In this post I am going to talk about a situation that we have to understand in order to make our company a better place to work. In the same way as the physical world and the digital one are mixing every day a little more, the personal and professional life are also mixing much more.

For many years a schedule worked, and people learned to work under this model. Before Internet existed these hours where used entirely to work but once the employee leaved on the afternoon the company he forgot about his work. This formula worked perfect for almost the entire XX century.

However with Internet and the arrival of the Y generation to the companies this have been changing. This new generation is used to live connected to the world with Internet and even though companies have tried to impede it – blocking social media on their computers and asking them to leave their cellphones when they are in a meeting- they must understand that it is a lost battle. This is a new generation and the fact that they mix their professional and personal life doesn’t necessarily turns them into less productive. In the same way in which they want to be in contact with their sick daughter while they are at the office, they can answer email just before they go to bed.

The important thing here is that the companies understand this new characteristic on the Y Generation, and that instead of evaluating them by the amount of time they are sitting in front of their computer, they are evaluated by the tasks they have to perform independent on the time when they are performing them. Maybe some companies are not ready to leave the worker schedule on their hands, but at least they should understand that the fact that he connects to Internet and social media in working hours is not a problem as long as he accomplishes his tasks. Take into account that this liberty will make him a happy employee that feels less the necessity to find another place to work. 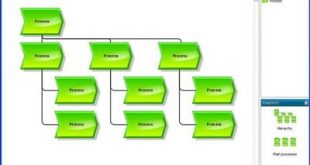 Telecommuting advantages for your company (part 7)

An Entrepreneur Blog
Management, Strategy, Internet,
Technology, Social Networks,
Organizational Change and more!
© Copyright 2020, All Rights Reserved.
Privacy Policy.
E-mail: mc@heavyeyes.net
This website uses cookies to improve your user experience and to provide you with advertisements that are relevant to your interests. By continuing to browse the site you are agreeing to our use of cookies.Ok