Pros and Cons of Being Independent

May 1, 2015 Being an Entrepreneur Comments Off on Pros and Cons of Being Independent 12 Views 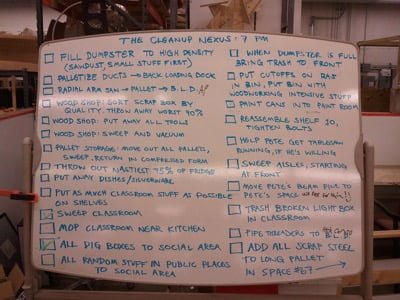 I’ve been an independent worker for the last 5 years, and this is the second stint in my life I do this. I love being an independent and I’ve been offered several well-paid jobs during this time and I’ve always rejected them. I’ve come to the conclusion that no amount of money can buy my independence and the tranquility I live by.

I live being independent and I wouldn’t change this situation for anything. Being an independent is not always easy and has its big challenges. However and as I’ve said in the past, those of us who are independent (entrepreneurs) are crazy to some extent.

For this article I want to make a small analysis of the pros and cons of being independent. As you can imagine, I write from the independent side, but I’ve also worked for a paid job, so I can take on both angles. I hope you enjoy my brief, but hopefully valuable input.

Pros of Being and Independent

I decided to begin this analysis on the positive side of things. One of the best decisions I ever made was to quit my paid job and become an independent. As a good friend used to say, there is the “slavery of independence”. I related to his view, because I lived this way during my first tenure as independent. However, for this second and current independence, I design it with many changes and today I don’t live this way. My way of living is great and I wouldn’t change my life for anything in this world.

In a previous post a reader criticized me for my posture on this topic. He argued that for him it was clear that I didn’t know what it was to have responsibilities, like providing for a family. And maybe he was right, however I believe this is a narrow vision. Many people believe that having a paid job assures financial stability. And this will hold truth, until that company decides to change your conditions. I’ve learned that companies don’t have hearts and that every single employee is dispensable. As an independent my salary is not fix and I have to work for it, however it’s on my own hands.

Another great aspect of being an independent is that I can manage my time. Although I have to meet with clients when they want to, my schedule is quite flexible. For instance, I’m writing this article a Sunday night, because I had the time and had the inspiration. Just as well I could had been sleeping or watching a movie, among other things.

With my flexible schedule, I have times for other things, like spending quality time with my family and being with them at important venues. I also have time to exercise, go to a Spa in midday and much more.

The greatest benefit of being an independent is that I’m very happy. I can say, without any question, that I’ve never been this happy. That is why I wouldn’t change my life for anything in the world.

Cons of Being Independent

As I said earlier, independence has a negative side. Some people won’t be confortable at all with this road, which is harsh and has many uncertainties. People who don’t like to gamble, who want fast results and who are not patient shouldn’t embark on this road.

In my current venture, I needed more than a year to sell my first project. There are some especial elements of this venture, including the facts that I was selling something new, that was expensive (and many clients didn’t see the added value right away), that my personal brand was unknown and that I didn’t have a great deal of good contacts. However, almost 5 years later I can say the wait was worth it.

I completely understand how someone who has responsibilities, like providing for a family, will doubt about quitting their job and becoming independent. This is why most entrepreneurs are young people, who don’t have many responsibilities and can gamble for the time being. However, I know several older entrepreneurs who started the journey later in life and have accomplished great success.

Being independent has a great degree of uncertainty. If you want a continuous check every month, this is not your road. Some months will be great, but other will be difficult. Independent entrepreneurs know (and even cherish) this and it’s one of the reasons we love our jobs.

So that was it, these are some of the pros and cons of becoming an independent. I repeat this is not the road for everybody, but if you believe you can take it, I think the pros outweigh the cons. However, this is your sole decision, I just wanted to share my personal experience. Good luck!