Strategy, the Key Component to a Successful Internet Presence

August 4, 2011 Strategic Internet Comments Off on Strategy, the Key Component to a Successful Internet Presence 10 Views

Internet is almost an omnipresent topic. It appears as if everyone and every company have something to do with it. However on one side you find those who have built a very intelligent and successful presence, via Web, Facebook Twitter and more. On the other side, you find those whose presence is not that well-articulated and you might wonder why this happened.

Generally speaking, it’s easy to identify the “good” sites on the Internet, from the “bad” ones. On a first approach, you might also associate the “good” sites with a greater money investment. This might be true, but it’s not the only factor. Actually, most sites that fail due fail because of a lack in Strategy, not necessarily lack of money. Many people and organizations see Internet as an easy medium where they have to (it’s not optional) create presence. With this approach, the objective is to create something, not being successful al it.

I’ve been working in Internet related jobs for over 15 years, basically since I was in High School. Throughout these years I’ve occupied almost every Internet related job you can imagine. From Web Designer (although I’m not even close to being consider a Graphic Designer), to Webmaster to Web Strategy Consultant. All these years have taught me a lot and I have come to several conclusions. One of the main conclusions is that Organizations create presence on the Internet by at least one of 4 reasons: fashion or style, clients demand, government requirements or strategy. Next I’ll analyze each reason.

The first reason that people jump into the “Internet wagon” is because someone else has already done it. For instance, a competing company has already done it and you can’t be left behind. Do a quick search on Facebook or Twitter and you’ll just see this, mostly with small and medium sized companies. So organizations jump in because it’s a fad, a fashion or a style. However, Internet cannot be considered a fad. Maybe at a beginning it was a fad, but today we know it’s a something that will endure.

The second scenario is related to the first one, however the reason behind it is a little bit different. In this reason, the client demands the companies where he buys goods and services to have Internet presence. For example, nowadays all Banks have to some extent Online Banking because it was demanded by customers.

The third reason is not always present and generally speaking only affects industries that are highly controlled by government agencies, like banking and health. Many of this agencies post some requirements, like disclosing some information on the web. So if for any reason a company didn’t have a Website, now they are required to do so.

The last reason is the one that should be the most used: strategy. However this is not always the case. Every year more and more companies add the Strategy component to their presence on the Internet, but still too many companies forget this reason. Every element a site (Web, Social Media) contains should have a reason for it – that is, a strategic reason. Also, metrics should be in place to see if the strategy has been successful or not.

Strategy for Internet is a vast topic. I’ll be addressing it in much more detail in upcoming articles. For the moment my objective is that my readers identify this problem, that is if they haven’t already done it.

Please remember to share your thought at the end of this article. You don’t have to register, it’s free, will only take a minute or two and your feedback will be greatly appreciated. Thanks for reading and making your contribution. 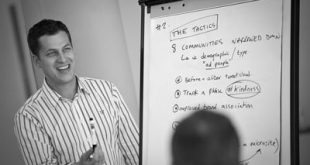 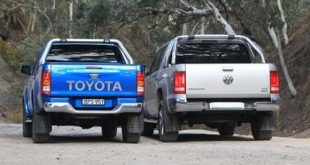